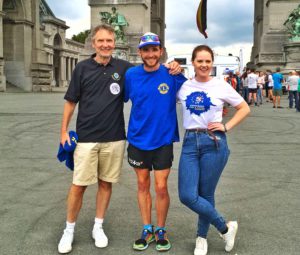 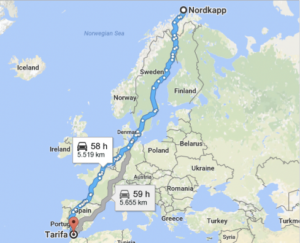 Today one in three  children between the ages of six and nine in the European Union are now classified as overweight or obese.  Ralph’s charity, The European Association for the Study of Obesity (EASO) has called on the EU to act now to tackle this growing epidemic, directly linked to this year’s Lions International  global action against diabetes.

With a small support team in a second hand mobile home, Ralph runs all alone. He will cover over 5,500km in 75 days passing 800 cities. Ralphs plan has it all covered, social media, crowdfunding, GPS tracking.  Lions Heraldic is happy to support Ralph when he reaches the 3000 km mark (over half way) in Brussels.